3D
360°
Featured
1,781 views 98 downloads
Community Prints Add your picture
Be the first to share a picture of this printed object
0 comments

Several hypotheses have been put forward to identify the type of carved monument to which this head belonged: Christ on the Cross, Ecce Homo, Pieta or The Entombment. The last assumption might be the most accurate from supporting written texts on the Sepulcher of the Saint-Sauveur de Beauvais church, demolished in the early nineteenth century.

The style of the Middle Ages emphasized the nation that a God made man. In the context of this period that was riddled with epidemics and wars, the central episode of Christ's life (the Passion) was taken as a large source of inspiration for the artists of the time.

This work was rendered in a realitstic style, with an appeasement of death yet intrinsic agony. Though the original work does not exist any more, plaster copies of the sculpture were made between the two World Wars and have been widely distributed at art schools where they have served as models for reference. 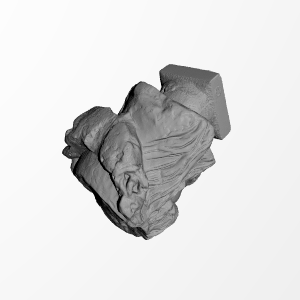 ×
0 collections where you can find Tête de Christ by chastavro