The angel Gabriel? with dove

3D
360°
Scan The World
2,041 views 156 downloads
1 collection
Community Prints Add your picture
Be the first to share a picture of this printed object
0 comments

The angel Gabriel? with dove

His name means "God is my strength," or "mighty one." He plays a significant role in Christianity, Islam, Judaism, and many other faiths, acting as a messenger for God. He stands in the presence of God and to him are given messages of the highest importance in relation to the kingdom of God.

It is possible that Gabriel is the unnamed, glorious, angel who interpreted the vision of Daniel in the third year of Cyrus.

Gabriel is described as the guardian angel of Israel, defending this people against the angels of the other nations. 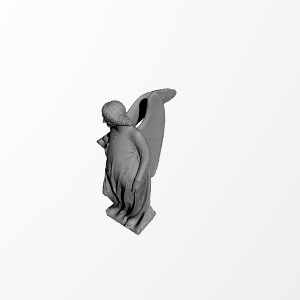 ×
1 collections where you can find The angel Gabriel? with dove by SMK - Statens Museum for Kunst