3D
Scan The World
1,539 views 72 downloads
Community Prints Add your picture
Be the first to share a picture of this printed object
0 comments

According to Luke 1:26, the Annunciation occurred "in the sixth month" of Elizabeth's pregnancy with John the Baptist. Many Christians observe this event with the Feast of the Annunciation on 25 March, an approximation of the northern vernal equinox nine full months before Christmas, the ceremonial birthday of Jesus. In England, this came to be known as Lady Day. It marked the new year until 1752. The 2nd-century writer Irenaeus of Lyon regarded the conception of Jesus as 25 March coinciding with the Passion.

The Annunciation has been a key topic in Christian art in general, as well as in Marian art in the Catholic Church, particularly during the Middle Ages and Renaissance. A work of art depicting the Annunciation is sometimes itself called an Annunciation. 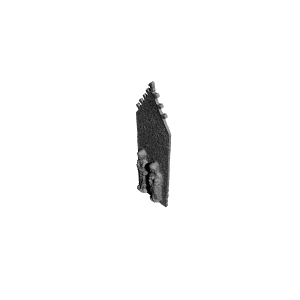