3D
360°
Featured Scan The World
2,331 views 167 downloads
1 collection
Community Prints Add your picture
Be the first to share a picture of this printed object
0 comments

This iconoclasm can be seen on this high-relief, the original of which can be found on the west portal of the abbey church. The sculpture depicts The Apostle Batholomew with an open scripture, an asset often found in depictions of him. Other sculptures of a similar style depicting Saints, Archangels and Apostles line the facades of the church. 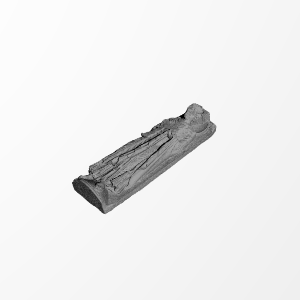