The Apostle Thomas with an open book

The Apostle Thomas with an open book

This iconoclasm can be seen on this high-relief, the original of which can be found on the west portal of the abbey church. The sculpture depicts the Apostle Thomas with an open book, an asset often found in depictions of him. Other sculptures of a similar style depicting Saints, Archangels and Apostles line the facades of the church. 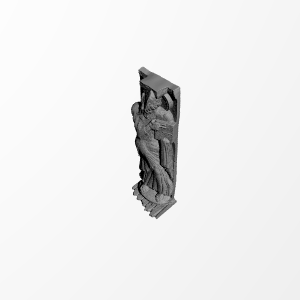