3D
Scan The World
1,340 views 50 downloads
Community Prints Add your picture
Be the first to share a picture of this printed object
0 comments

The sanctuary of Hera, which lies on a low hill between Argon and Mycenae, was a very old and highly important cult centre. The first temple of Hera was built in the 7th c. BC, probably to replace an earlier oecus or small temple, as is shown by a clay model dating from the early 7th c. BC found during the excavation of the sanctuary. The 7th-century temple was destroyed, a new Doric peripteral temple was built to the goddess by the architect Eupolemos of Argos about 420-410 BC, on a terrace lower than the old temple. 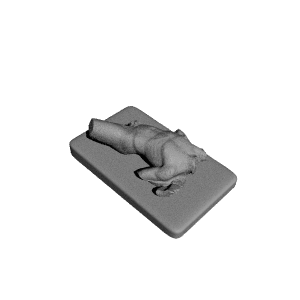