The Babies in The Wood at The Castle Museum, Norwich

3D
Scan The World
4,156 views 252 downloads
Community Prints Add your picture
Be the first to share a picture of this printed object
0 comments

The Babies in The Wood at The Castle Museum, Norwich

John Bell 1811-1895 was a British sculptor, born in Bell's Row, Great Yarmouth, Norfolk. His family home was Hopton Hall, Suffolk. In 1837, the year in which Bell established his reputation, he also exhibited two busts, 'Amoret' and 'Psyche,' at the British Institution. His Babes in the Wood was exhibited at the Royal Academy summer exhibition in 1839. Marble versions are held at Osborne House, and Norwich Castle.

In 1844 he entered his Eagle Slayer and Jane Shore in the competition held for sculpture for the new Houses of Parliament. A cast-iron version of the Eagle Slayer was produced for The Great Exhibition of 1851, where it stood under a canopy surmounted by the eagle. This version is now in the V&A Museum of Childhood in Bethnal Green. He also exhibited a sculpture of Shakespeare at the 1851 exhibition, which was very widely reproduced, for example on the front page of Recollections of the Great Exhibition. It was also chosen by John Leech to be depicted as the centrepiece of his cartoon "Dinner-time at the Crystal Palace", published in Punch. 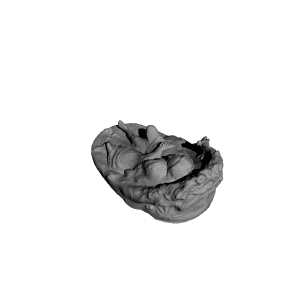 ×
0 collections where you can find The Babies in The Wood at The Castle Museum, Norwich by Scan The World