The Bather with arms raised at The Jardin des Tuileries, Paris

3D
Scan The World
5,991 views 716 downloads
1 collection
Community Prints Add your picture
Be the first to share a picture of this printed object
0 comments

The Bather with arms raised at The Jardin des Tuileries, Paris

The Bather with arms raised is a work of French sculptor Aristide Maillol (1861-1944) and, like the majority of his work, was sculpted in bronze. The sculpture moved to numerous locations before taking its place in Paris, France after being completed in 1930. It represents a female nude standing with her arms raised as if washing herself. The sculpture has been installed since 1964 in the Jardin du Carrousel in the Jardin des Tuileries in the 1st arrondissement of Paris . It is part of a set of statues of Maillol exhibited outdoors at the same location. 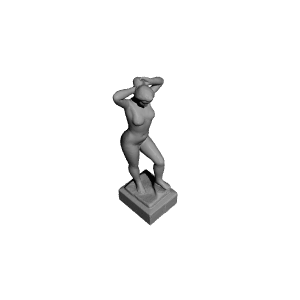 ×
1 collections where you can find The Bather with arms raised at The Jardin des Tuileries, Paris by Scan The World