The Black Bull of Clarence

3D
Scan The World
1,658 views 184 downloads
1 collection
Community Prints Add your picture
Be the first to share a picture of this printed object
0 comments

The Black Bull of Clarence

This sculpture depicts The Black Bull of Clarence, one of the Queen's Beasts.

The Black Bull of Clarence descended to the Queen through Edward IV. The shield shows the Royal Arms as they were borne by Edward IV and his brother Richard III as well as all the Sovereigns of the Houses of Lancaster and Tudor. 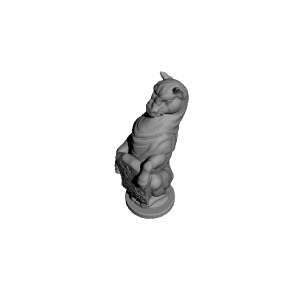