The Bodhisattva Mahasthamaprapta at The Asian Art Museum, San Francisco

3D
Scan The World
2,711 views 95 downloads
Community Prints Add your picture
Be the first to share a picture of this printed object
0 comments

The Bodhisattva Mahasthamaprapta at The Asian Art Museum, San Francisco

By aprox. 900, the Tang dynasty was near total colapse. In 916 the northern parts of China were taken by a nomadic people, who had established the Qidan (Khitan) state historically known as the Liao dynasty. The sensuos styles prevalent during the height of the Tang dynasty served as one model for sculptures created during the Liao dynasty. This image of Mahasthamaprapta is an example. Mahasthamaprapta means "arrival of the great strength" and represents the power of wisdom. 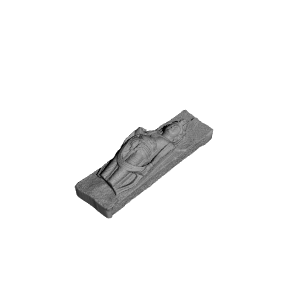 ×
0 collections where you can find The Bodhisattva Mahasthamaprapta at The Asian Art Museum, San Francisco by Scan The World