The Boy (the so-called "praying boy")

3D
Scan The World
2,041 views 152 downloads
3 collections
Community Prints Add your picture
Be the first to share a picture of this printed object
0 comments

The Boy (the so-called "praying boy")

The Praying Boy is a statue sculpted in Rhodes of ancient Greece, around 300 BCE. The sculpture reappears in the historic record centuries after its production, in 17th century France under the ownership of Surintendant Foucquet.

The sculpture depicts a nude boy praying, with his arms lifted to the heavens. The practical purposes for such a statue are limited, but it is hypothesized that the statue could have once been used to hold jars or urns (Loring & Robinson 1891, 225).

Other than that, it is merely art produced by the Greek culture that would have been owned by a patron in Rhodes, possibly as a house fixture (Ridgway 1990, 227). The sculpture originated from the school of the great sculptor Lysippos, more than likely crafted by one of his pupils. 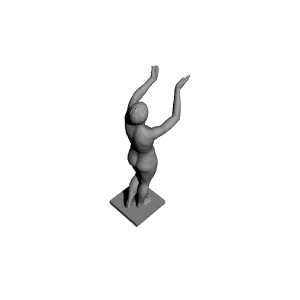