3D
Scan The World
1,742 views 51 downloads
Community Prints Add your picture
Be the first to share a picture of this printed object
0 comments

The central group represents the coronation of Ferdinando I d'Aragona by cardinal Latino Orsini which occurred on 4 Febreuary 1459 in Barletta.

It was commissioned – together with the Musicians and other lost figures – from Benedetto da Maiano for the Porta Capuana in Naples but this remarkable sculptural decoration remained incomplete and the single figures were dispersed after Benedetto's death in Florence, where he had carved them.

The Coronation entered the Bargello in 1870 whereas the Musicians were purchased by the Italian State for the museum exactly a century later. 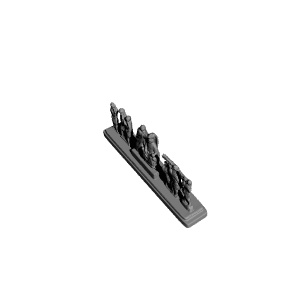