3D
Scan The World
2,391 views 180 downloads
2 collections
Community Prints Add your picture
Be the first to share a picture of this printed object
0 comments

Ferdinand Opitz (1885 Prague - 1956 Vienna) was a very well known sculptor of the 1st half of the 20th century. He was a pupil of J.V. Myslbek at the Prague Academy. In 1906-1909, having received an academic scholarship, Opitz ventured on lengthy journey to Germany, Switzerland, Italy (among other sites he visited Sicily), Egypt, Paris and London. In 1909 he settled in Vienna and remained there for the rest of his life. In 1914-1918, during the WWI, he served in the Austrian Army. In 1922 he became a member of the "Wiener Kuenstlerhaus" where he repeatedly received (as exponent) high awards. From 1933 he held an honorary title of a professor. From 1938 Opitz formed his own sculpture course at the Vienna School of Applied Arts.
His works can be viewed at the Modern Gallery in Prague, at the Museum of the City of Vienna, etc.
Ferdinand Opitz was mainly the author of architectural panneaus, wall decorations and monuments. However, he also worked with different other media such as wood, stone, silver, porcelain, and terracotta, producing small figures. 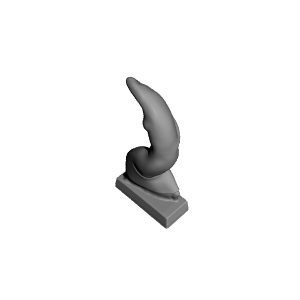