The death of Francesca Pitti Tornabuoni

3D
Scan The World
1,558 views 74 downloads
Community Prints Add your picture
Be the first to share a picture of this printed object
0 comments

The death of Francesca Pitti Tornabuoni

The origin of this relief is not certain; however give, the singularity of the subject portrayed, it can probably be attributed to a well-known event, namely, the death during a childbirth of Francesca Pitti, as recounted by her husband Giovanni Tornabuoni, in a letter to his friend Lorenzo de'Medici. According to Vasari, Tornabuoni had a monument to his wife erected by Verrocchio in the Church of Santa Maria Sopra Minerva in Rome, where she had died. The relief, possibly a surviving fragment of this monument, depicts the death scene on the right with the despair of the women in attendance, and on the left, her husband receiving news of her death as he contemplates the lifeless body of his son. Inspired by the friezes on funeral sarcophaguses, several parts are of the highest quality, such as the group of women around the deathbed, while other more mediocre parts are ascribed to the maestro's workshop. 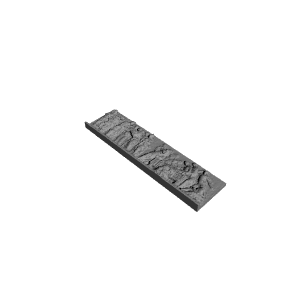