3D
360°
Scan The World
1,749 views 57 downloads
1 collection
Community Prints Add your picture
Be the first to share a picture of this printed object
0 comments

A self-taught sculptor, Arturo Martini, started developing a love for the plastic effects of clay from a very young age, as he worked in a ceramic factory. This later characterize all his subsequent production, and after a study stay in Paris, and his subsequent return to Italy, he approached the Novecento group and the magazine "Valori Plastici".
The Drinker (Il bevitore), this sculptural piece, depicts a typically late-nineteenth-century subject with a style reminiscent of Carrà's mannequins, as well as the large and dilated figures of nineteenth-century poetry. 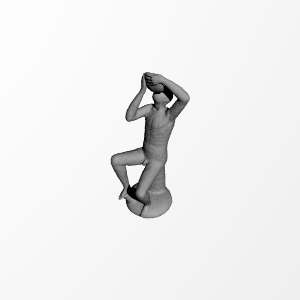 ×
1 collections where you can find The Drinker by CEG