3D
Scan The World
3,979 views 149 downloads
Community Prints Add your picture
Be the first to share a picture of this printed object
0 comments

This larger than life sculpture of the dying American Indian Chief Tecumseh was sculpted by the German artist Ferdinand Pettrich in the mid-nineteenth century. The chief is remembered for uniting various American Indian tribes and allying with the British to oppose the United States during the War of 1812. His death during the Battle of the Thames in 1813 heralded the retreat of the British and the surrender of the united tribes to William Henry Harrison, the future ninth President of the United States. 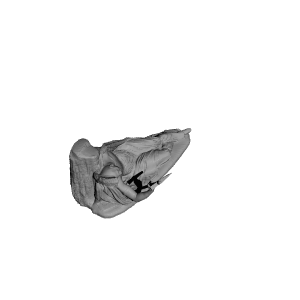 ×
0 collections where you can find The Dying Tecumseh by 3DLirious