The Earth at The Palace of Versailles, France

3D
Scan The World
2,268 views 206 downloads
Add to collection
1 0
Community Prints Add your picture
Be the first to share a picture of this printed object
0 comments

The Earth at The Palace of Versailles, France

This marble sculpture titled 'La Terre' (eng. Earth) is a statue by Benoit Massou (1633-1684), sculpted between 1675-1681. He was responsible for many of the sculptures in the park and gardens around the Palace of Versailles. He was part of the team of sculptors led by Charles Le Brun, the first painter to the king, to compose the layout of the field.

This piece is part of a series of sculptures in the Gardens of the Palace of Versailles depicting one of the four elements. The sculpture depicts the allegorical figure of the personification of the Earth (a common theme in romanticism, many examples can be found at The Palace of Versailles, Albert Memorial and similar sculptures made in the 1800s). She holds in her left hand a cornucopia, beside her right leg is a lion which symbolizes the king of animals. She is also crowned with flowers and fruits. Since 2008 the original was place inside the lower gallery of Versailles, with a copy placed in its gardens. 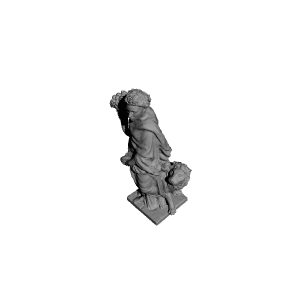 ×
0 collections where you can find The Earth at The Palace of Versailles, France by Scan The World