3D
Scan The World
2,025 views 65 downloads
Community Prints Add your picture
Be the first to share a picture of this printed object
0 comments

Libon was a 5th-century BC architect of Ancient Greece. Born in Elis, he built the Doric temple to Zeus at Olympia in about 460 BC. Libon, through his work on the Temple of Zeus at Olympia, is said to have inspired the technique and design of the Parthenon on the Athenian Acropolis – though this was obviously later and more perfected.

It seems there is any information about the statue, if you have any, send us an email at stw@myminifactory.com

Normal printing difficulty. Supports needed but qute easy to remove as the design is quite massive. 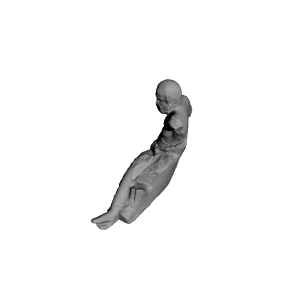