The End of Sodom in Ghent, Belgium

3D
Scan The World
2,689 views 68 downloads
1 collection
Community Prints Add your picture
Be the first to share a picture of this printed object
0 comments

The End of Sodom in Ghent, Belgium

Auguste Levêque (1866 in Nivelles, Walloon Brabant – 1921 in Saint-Josse-ten-Noode) is a Belgian painter influenced both by realism and symbolism. Levêque was also a sculptor, poet and art theoretician. He studied under Jean-François Portaels at the Académie Royale des Beaux-Arts in Brussels, and received the Prix Godecharle for his painting Job in 1890. Levêque was a member of the "Salon d'Art Idéaliste", formed by Jean Delville in Brussels in 1896, which is considered the Belgian equivalent to the Parisian Rose & Cross Salon. Other members of the group wereLéon Frédéric, Albert Ciamberlani, Constant Montald, Emile Motte,Victor Rousseau, Armand Point and Alexandre Séon. The Salon was abandoned in 1898.

Originally the term sodomy, which is derived from the story of Sodom and Gomorrah in the Bible. In Genesis 18 three men, thought by most commentators to have been angels appearing as men, came to Abraham in the plains of Mamre. After the angels received the hospitality of Abraham and Sarah, his wife, God revealed to Abraham that he would confirm what he had heard against Sodom and Gomorrah, "and because their sin is very grievous."

In response, Abraham inquired of God if he would spare the city if 50 righteous people were found in it, to which the God agreed he would not destroy it for the sake of the righteous yet dwelling therein. Abraham then inquired of God for mercy at lower numbers (first 45, then 40, then 30, then 20, and finally at 10), with the God agreeing each time. Two angels were sent to Sodom to investigate and were met by Abraham's nephew Lot, who convinced the angels to lodge with him, and they ate with Lot.

Then (not having found even 10 righteous people in the city), they commanded Lot to gather his family and leave. As they made their escape, one angel commanded Lot to "look not behind thee" (singular "thee"). However, as Sodom and Gomorrah were destroyed with brimstone and fire from the God, Lot's wife looked back at the city, and she became a pillar of salt Lot refused to give his guests to the inhabitants of Sodom and, instead, offered them his two virgin daughters "which have not known man" and to "do ye to them as good in your eyes". However, they refused this offer, complained about this alien, namely Lot, giving orders, and then came near to break down the door. Lot's angelic guests rescued him and struck the men with blindness and they informed Lot of their mission to destroy the city. 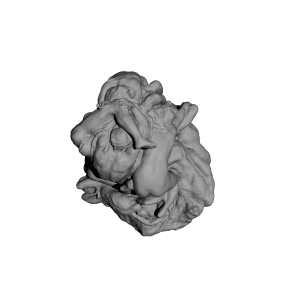 ×
1 collections where you can find The End of Sodom in Ghent, Belgium by Scan The World