3D
Scan The World
1,776 views 100 downloads
Community Prints Add your picture
Be the first to share a picture of this printed object
0 comments

Jesus was whipped by Roman soldiers as part of the torture he had to suffer before his Crucifixion. He is represented here bound to a column, while two executioners hit him unforgivingly. No wound, however, is to be seen on his body, as was often the case during the Middle Ages.

This relief is a modern plaster caste after the original in marble (now located in the Pushkin Museum, Moscow). 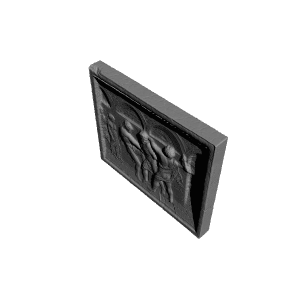