This sculpture by Antoine Bourdelle shows a soldier from the monument to General Alvear in Argentina.

Bourdelle was one of the most prolific and influential French sculptors of his era. He is famous for creating over 40 statues of Ludwig Beethoven, whose music he greatly admired.

The statue resides in the Musee Bourdelle, which used to be the sculptor's studio, but examples of Bourdelle's work can be found in collections all around the world. 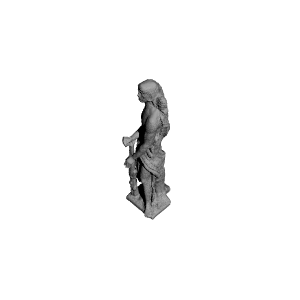