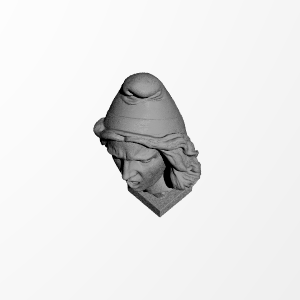 Simply amazing! I always wondered how sculpts would look like if painted. This started when I was told that the sculpts in the metope of Parthenon where painted and what remains today is the decoloured marble after many ages.