3D
Scan The World
2,842 views 187 downloads
Community Prints Add your picture
Be the first to share a picture of this printed object
0 comments

This sculpture created in marble is by Francois-Leon Sicard circa 1896. He is considered one of the more talented yet most elusive sculptors of the late 19th and early 20th century. His credits include work on the adornments of the Louvre, and numerous sculptures around the world. Sicard was born in Tours, studied with Louis-Ernest Barrias, and is known for his lithography and his fiercely patriotic original works of art. Despite the prolific populace of noted works throughout Europe, surprisingly little is known about Sicard himself. His work is very similar to that of Gustave Crauk (1827–1920) and Antoine-Augustin Préault (1809–1879), and he may have worked in collaboration with Crauk on some of his sculptures during the early 20th century. 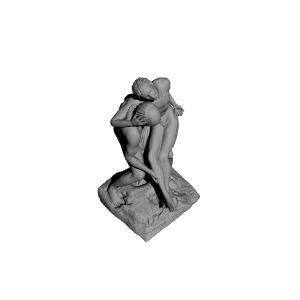 ×
0 collections where you can find The Good Samaritan at Jardin des Tuileries, Paris by Scan The World