The Greek Slave at The Corcoran Gallery, Washington DC

3D
Scan The World
7,933 views 969 downloads
3 collections
Community Prints Add your picture
Be the first to share a picture of this printed object
1 comments

The Greek Slave at The Corcoran Gallery, Washington DC

You can find the bust of this sculpture, also created by Powers, here! 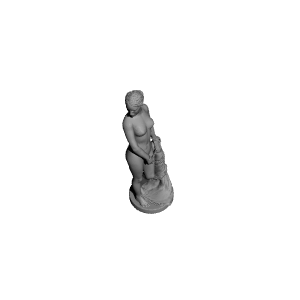 ×
3 collections where you can find The Greek Slave at The Corcoran Gallery, Washington DC by Scan The World