The Griffin of Edward III

The Griffin of Edward III

This sculpture depicts The Griffin of Edward III, one of the Queen's Beasts.

The griffin of Edward III Queen's Beast is an ancient mythical beast. It was considered a beneficent creature, signifying courage and strength combined with guardianship, vigilance, swiftness and keen vision. It was closely associated with Edward III who engraved it on his private seal. The shield shows the Round Tower of Windsor Castle (where Edward III was born) with the Royal Standard flying from the turret, enclosed by two branches of oak surmounted by the royal crown 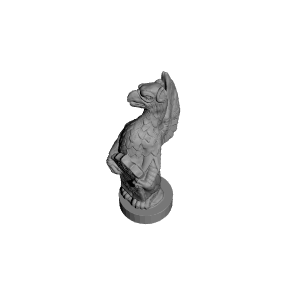 ×
8 collections where you can find The Griffin of Edward III by Scan The World
×
Ryan Sanford
@rsanforddesigns
2
Printed on: Creality Ender 3 v2
Material: PLA
Posted at: 18th April 2021