The Killing of Abel

3D
Scan The World
1,863 views 85 downloads
Community Prints Add your picture
Be the first to share a picture of this printed object
0 comments

The Killing of Abel

In the biblical Book of Genesis, Cain and Abel are the first two sons of Adam and Eve. Cain, the firstborn, was a farmer, and his brother Abel was a shepherd. The brothers made sacrifices to God, each of his own produce, but God favored Abel's sacrifice instead of Cain's. Cain then murdered Abel, whereupon God punished Cain to a life of wandering. Cain then dwelt in the land of Nod, where he built a city and fathered the line of descendants beginning with Enoch.

The narrative never explicitly states Cain's motive for murdering his brother, nor God's reason for rejecting Cain's sacrifice, nor details on the identity of Cain's wife. Some traditional interpretations consider Cain to be the originator of evil, violence, or greed. According to Genesis, Cain was the first human born and Abel was the first to die. 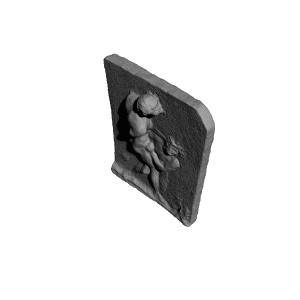