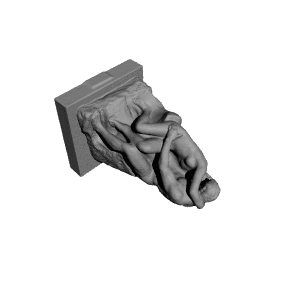 Printed on Labists 3D X1 / Easythreed With Labslicer (to convert in Gcode file) and change the scale. Quality mode used & 200° Celsius +/- 6 hours Many thanks !!!