The Ludovisi Gaul killing himself

3D
Scan The World
2,550 views 174 downloads
Community Prints Add your picture
Be the first to share a picture of this printed object
0 comments

The Ludovisi Gaul killing himself

The sculpture is a Pergamon School copy of III-II century BC of a Hellenistic original, circa III century BC. Other Roman marble copies from the same project are the equally famous Dying Gaul, and the less well-known Kneeling Gaul (also uploaded on Scan the World) 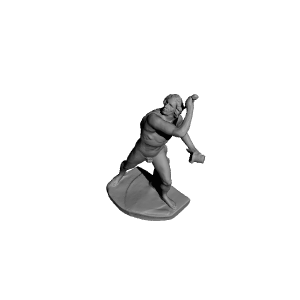