The Madonna and the Child

3D
Scan The World
1,889 views 79 downloads
Community Prints Add your picture
Be the first to share a picture of this printed object
0 comments

The Madonna and the Child

This marble relief depicts the Virgin and the Child, which was a very popular theme for the reliefs during the Renaissance. This composition is thought to be based on a design by Florentine artist Andrea del Verrocchio, which was widely imitated in marble and terracotta. A few marble reliefs close in style to this one have recently been attributed to a Florentine sculptor called Matteo del Pollaiolo, whose brother Simone was an architect, and whose cousins Antonia and Piero Pollaiolo ran a highly successful workshop 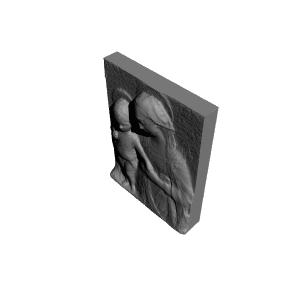