3D
Scan The World
1,339 views 34 downloads
Community Prints Add your picture
Be the first to share a picture of this printed object
0 comments

Armand Thomas Hue de Miromesnil (1723 - 1796) was a minister of the French Ancien Régime who served as Keeper of the Seals under Louis XVI. He was brought into the ministry by his patron Maurepas following the ascension of Louis XVI and the dissolution of the Maupeou ministry, taking office alongside Turgot and Malesherbes. 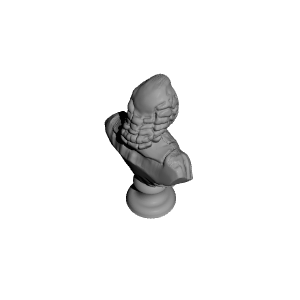