This is a model of Westworld's "The Maze" which, in the show, represents a metaphorical journey inward towards consciousness, but is also glimpsed in varying physical forms throughout the show. This particular version, modeled in Rhino, shows up in the first season's finale as a toy that the characters interact with. Printed in Proto-pasta's magnetic iron PLA. 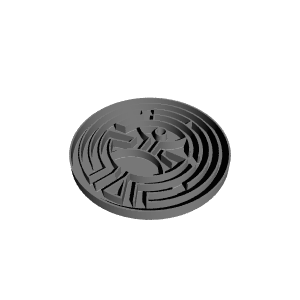 ×
2 collections where you can find The Maze (Westworld) by danowall
×
enrique menendez romero
@menfo
7
Printed on: BQ Prusa i3 Hephestos
Material: PLA
Posted at: 26th June 2022

i think my printer past the maze, now I'm afraid what it could do....