The Miracle of the Stingy Man's Heart

3D
Scan The World
1,709 views 90 downloads
Community Prints Add your picture
Be the first to share a picture of this printed object
0 comments

The Miracle of the Stingy Man's Heart

In the Miracles series Donatello adopted flattened relief on a roughened surface which served to break up the light and diffuse it, thus achieving a luminous atmosphere in which the incorporeal images appear to float. Never until now had architecture played such a prominent part in narrative relief scenes. In the Miracles it is the rhythm of the architecture that unites the jostling crowd and is felt to be the chief protagonist.

After he had died, the heart of a miser was found in the chest in which he hoarded his money while he was alive. This event is taking place on the left edge of the relief Miracle of the Avaricious Man's Heart, while St Anthony is in the process of opening the corpse's rib-cage. 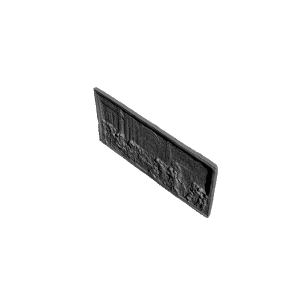