3D
Scan The World
1,228 views 57 downloads
Community Prints Add your picture
Be the first to share a picture of this printed object
0 comments

The city of the dead mirrors that of the living. The cultural, social and religious models of the city are replicated in the roads lined with tombs, the outlying cemeteries, the funerary monuments, the burial offerings and the food and drink consumed during the funeral ritual. Hispano-Roman necropolises are a heterogeneous microcosm of different burial, inhumation cremation rituals. A wide variety of individual, family and collective monuments were erected there whose forms reflects ancient cultural traditions or new customs. All were motivated by a design to create a separate space for the dead and perpetuate their memory through architecture, images and, for the first time, the written word. 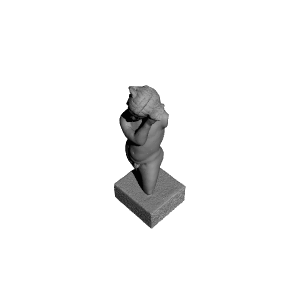