The Painter Girodet at The Louvre, Paris

3D
Scan The World
2,296 views 90 downloads
Community Prints Add your picture
Be the first to share a picture of this printed object
0 comments

The Painter Girodet at The Louvre, Paris

Anne-Louis Girodet (January 5, 1767 – December 9, 1824), was a French painter and pupil of Jacques-Louis David, who was part of the beginning of the Romantic movement by adding elements of eroticism through his paintings. Girodet is remembered for his precise and clear style and for his paintings of members of the Napoleonic family. This marble sculpture was one of Jean-Baptiste Roman (1792-1835) later commissions created for the painter galelry in The Louvre in 1827.

Malvine, Dying in the Arms of Fingal 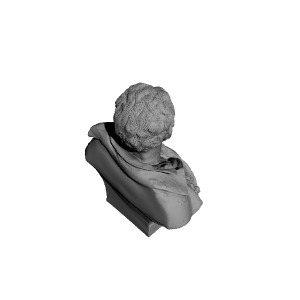 ×
0 collections where you can find The Painter Girodet at The Louvre, Paris by Scan The World