3D
Scan The World
1,938 views 168 downloads
Community Prints Add your picture
Be the first to share a picture of this printed object
0 comments

Duchess Louise of Mecklenburg-Strelitz (1776–1810) was Queen of Prussia as the wife of King Frederick William III. The couple's happy, though short-lived, marriage produced nine children, including the future monarchs Frederick William IV of Prussia and German Emperor Wilhelm I. This portrait captures her sleeping, and was made a year after her death, possibly to commemorate her life. 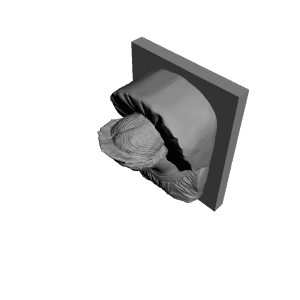