The Red Dragon of Wales

The Red Dragon of Wales

This sculpture depicts The Red Dragon of Wales, one of the Queen's Beasts.

The red dragon was a badge used by Owen Tudor, after the story of the dragon on Llewelyn the Last's castle grounds. His grandson, Henry VII, took it as a token of his supposed descent from Cadwaladr, the last of the line of Maelgwn. The beast holds a shield bearing a lion in each quarter; this was the coat of arms of Llywelyn ap Gruffudd, the last native Prince of Wales. 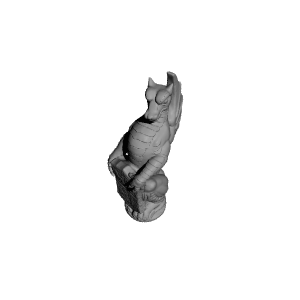 ×
8 collections where you can find The Red Dragon of Wales by Scan The World
×
Ryan Sanford
@rsanforddesigns
1
Printed on: Creality Ender 3 v2
Material: PLA
Posted at: 02nd October 2022