3D
Scan The World
1,544 views 99 downloads
2 collections
Community Prints Add your picture
Be the first to share a picture of this printed object
0 comments

This is a relief depicting the scene of the Resurrection. In Christianity, the Resurrection is an event told about in the Bible in which Jesus Christ returned to life after his death.

This work was discovered at the beginning of the 20th century in the Medici Villa of Careggi in a state of complete abandon, and despite restoration works, is still very damaged, especially the pictorial surfaces. While following the iconographic tradition of the Resurrection, and explicitly inspired by Luca Della Robbia's glazed relief in the Duomo of Florence, Verrocchio reworked the theme in a highly expressive key, describing the soldiers' reaction to the holy event. In particular, it is interesting to compare likeness between the different physiognomies and various expressions ranging from the calmly sleeping to terrified, and the numerous face studies by Leonardo, further proof of just how much Leonardo was influences by Verrocchio's workshop 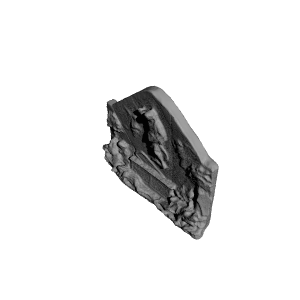