3D
360°
Scan The World
1,719 views 97 downloads
Community Prints Add your picture
Be the first to share a picture of this printed object
0 comments

Telemachus is a figure in Greek mythology, the son of Odysseus and Penelope, and a central character in Homer's Odyssey. The first four books of the Odyssey focus on Telemachus's journeys in search of his father, who has yet to return home from the Trojan War. This relief shows Telemachus returning to Ithaca and meeting his mother Penelope again, while he is also being welcomed by other women.

The marble relief was made by Antonio Canova between 1787 and 1790. 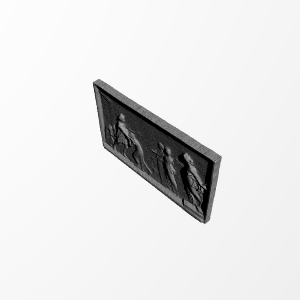