The Return of the Prodigal

3D
Scan The World
1,085 views 49 downloads
Community Prints Add your picture
Be the first to share a picture of this printed object
0 comments

The Return of the Prodigal

The Parable of the Prodigal Son (also known as the Two Brothers, Lost Son, Loving Father, or Lovesick Father) is one of the parables of Jesus and appears in Luke 15:11–32. Jesus Christ shares it with his disciples, the Pharisees and others.

In the story, a father has two sons, a younger and an older. The younger son asks the father for his inheritance, and the father grants his son's request. However, the younger son is prodigal (i.e., wasteful and extravagant) and squanders his fortune, eventually becoming destitute. The younger son is forced to return home empty-handed and intends to beg his father to accept him back as a servant. To the son's surprise, he is not scorned by his father but is welcomed back with celebration and fanfare. Envious, the older son refuses to participate in the festivities. The father reminds the older son that one day he will inherit everything and that they should still celebrate the return of the younger son because he was lost and is now found. 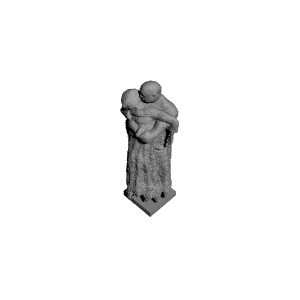