The Signs of the Lion and Aries

The Signs of the Lion and Aries

This high-relief is inspired by an apocryphal text of Saint Jerome and depicts the Virgins of Toulouse who, in Caesar’s time, gave birth respectively to a lion and a lamb as identified by the Latin inscriptions “leonis” and “arietis”. This divine sign announced the return of Christ at the end of time, in the form of a fierce lion for the damned and as a peaceful lamb for the saved.

This work was probably undertaken about 1150 in the workshop of Bernard Gilduin to decorate the Basilica of Saint-Sernin of Toulouse. 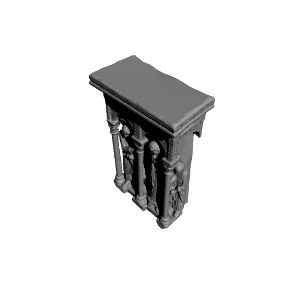