Pierre Culliford (25 June 1928 – 24 December 1992), known as Peyo, was a Belgian comics artist, best known for the creation of The Smurfs comic strip first drawn in 1958. He took on the name of 'Peyo' early in his professional career, based on an English cousin's mispronunciation of Pierrot (a diminutive form of Pierre).

This huge statue of a statue of one of characters from The Smurfs was created as a gift to the city and to honour Peyo's work for the country and comics. The sculpture is placed at the entrance of the Moof museum in Brussels, a museum celebrating the works of Peyo. 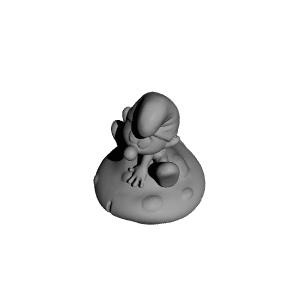 ×
11 collections where you can find The Smurfs in Brussels, Belgium by Scan The World
×
Andrew Wu
@andrewwu
10
Printed on: Other
Material: PLA
Posted at: 06th July 2022