3D
360°
Scan The World
1,754 views 117 downloads
1 collection
Community Prints Add your picture
Be the first to share a picture of this printed object
0 comments

The Younger Agrippina, most likely depicted in this reclining sculpture, was the mother of the Roman emperor Nero and a very influential woman in the Roman Empire. Youngest sister of Caligula, she was described as ruthless, ambitious, violent, and domineering, but also a beautiful and reputable woman. Many ancient historians accuse Agrippina of poisoning her husband Claudius, though accounts vary. In AD 59 Agrippina was executed on the orders of her son. 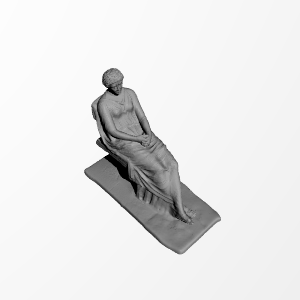