3D
360°
Scan The World
1,352 views 97 downloads
Community Prints Add your picture
Be the first to share a picture of this printed object
0 comments

This is a renaissance creation set on an unrelated ancient bust depicting Commodus, a Roman emperor with his father Marcus Aurelius from 177 to his father's death in 180, and solely until 192.

During his father's reign, he accompanied Marcus Aurelius during the Marcomannic Wars in 172 and on a tour of the Eastern provinces in 176. He was made the youngest consul in Roman history in 177 and later that year elevated to co-emperor with his father. His accession was the first time a son had succeeded his biological father since Titus succeeded Vespasian in 79. He was also the first emperor to have both a father and grandfather (who had adopted his father) as the two preceding emperors. Commodus was the first (and until 337, the only) emperor "born in the purple", i.e. during his father's reign.

During his solo reign, the Empire enjoyed a period of reduced military conflict compared with the reign of Marcus Aurelius, but intrigues and conspiracies abounded, leading Commodus to an increasingly dictatorial style of leadership that culminated in a God-like personality cult. His assassination in 192 marked the end of the Nerva–Antonine dynasty. He was succeeded by Pertinax, the first emperor in the tumultuous Year of the Five Emperors. 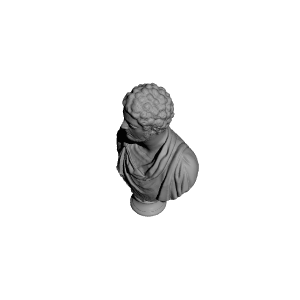