3D
Featured Scan The World
3,794 views 202 downloads
1 collection
Community Prints Add your picture
Be the first to share a picture of this printed object
0 comments

The Stone of Hope is a granite sculpture by Lei Yixin, part of the Martin Luther King Jr. Memorial in Washington D.C., spanning four acres of land in West Potomac Park.

The inspiration for the memorial design is a line from King's "I Have A Dream" speech: "Out of the mountain of despair, a stone of hope". The memorial opened to the public on August 22nd, 2011, after more than two decates of planning, funding and construction. 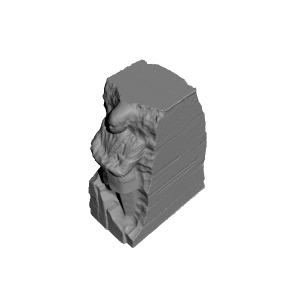