3D
360°
Scan The World
2,237 views 180 downloads
Community Prints Add your picture
Be the first to share a picture of this printed object
0 comments

This bronze work, situatied in Valenciennes, depicts the stoning of Saint-Étienne (Stephen). Created by French sculptor Robert Barillot (1921-2001), Saint Stephen was condemned for committing blasphemy against the Jewish Temple, and was stoned to death circa the year 36. Stephen is the patron saint of deacons and stonemasons.

Barillot was elected city councilor in Valenciennes from 1989-1995. In 2000, he donated the original plaster version of this sculpture, which was cast and installed in October 2001, just steps away from the general hospital. 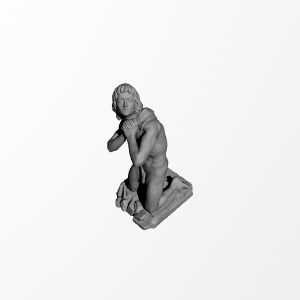