The Three Graces at The Royal Cast Collection, Copenhagen

3D
Scan The World
7,702 views 1,148 downloads
11 collections
Community Prints Add your picture
Be the first to share a picture of this printed object
0 comments

The Three Graces at The Royal Cast Collection, Copenhagen

The Three Grace, The Royal Cast Collection (Copenhagen, Denmark). Made with Memento Beta. The Three Graces has been made by Germain Pilon and the triangular based by Dominique Florentin. Ordered in 1561 by the Queen Catherine de Médicis in name of her husban, the King of France Henri II, dead in 1559 after has been injured during a justery. On the heads of the 3 Graces was a bowl containing the heart of King Henri II, the heart of Queen Catherine of Médicis should have been there as well.The original sculpture was in the church of monastery of Celestins in Paris. 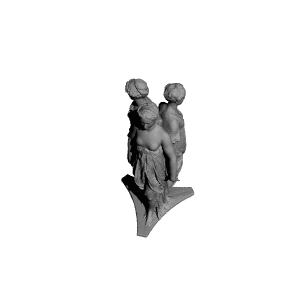 ×
11 collections where you can find The Three Graces at The Royal Cast Collection, Copenhagen by geoffrey.marchal