The Tree of Knowledge of Good and Evil- Rouen Cathedral

3D
Scan The World
2,333 views 224 downloads
5 collections
Community Prints Add your picture
Be the first to share a picture of this printed object
0 comments

The Tree of Knowledge of Good and Evil- Rouen Cathedral

According to Biblical Lore, the Tree of the Knowledge of Good and Evil stood in the Garden of Eden, where its fruit was used to tempt Adam and Eve into disobeying God.

This intricate statue stood in Rouen Cathedral, a Catholic Church in Normandy, France built in the Gothic architectural style. A church has stood on this site since 650 AD but construction on the current building began in the 12th Century and has been destroyed by lightning on several occasions. Many famous paintings have been made of the cathedral, especially by noted French impressionist Claude Monet and John Ruskin.

The cathedral also houses a tomb containing the heart of Richard the Lionheart. 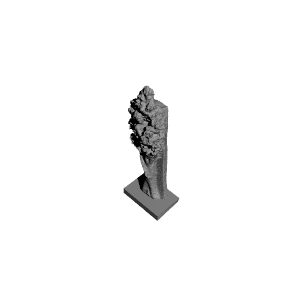