The Triumph of Flora

3D
Scan The World
4,899 views 627 downloads
7 collections
Community Prints Add your picture
Be the first to share a picture of this printed object
0 comments

The Triumph of Flora

The Pavillon de Flore was demolished and rebuilt to house the Prince Imperial’s apartments by Hector Lefuel, the architect of the new Louvre for Napoleon III.
In 1864, on the strength of the success of Ugolino, Carpeaux was commissioned to create the decorative sculpture for the top of the south façade overlooking the Seine: a pediment decorated with allegorical figures – Imperial France Bringing Light to the World and Protecting Science and Agriculture, a relief on the attic section entitled Flora,and a frieze featuring children carrying palm leaves.

The sculptor produced a number of sketches to establish the position of the characters on the pediment, drawing inspiration for Science and Agriculture from Michelangelo’s Day and Night sculptures for the tombs of the Medici family in Florence. Carpeaux fell ever further behind schedule, exasperating Lefuel, who threatened to take the project away from him. Carpeaux was simultaneously hard at work on the Flora relief, shifting from a Renaissance-inspired composition to a smiling Rubenesque figure vibrant with life.

This composition, a manifesto for an eclectic approach which radically changed the face of modern sculpture, broke the centuries old bond based on the subservience of decorative sculpture to architecture. Lefuel, dissatisfied with the way in which the figure protruded in a manner which he deemed detrimental to the aesthetic layout of his project, threatened to level off its head. The sculptor asked the Emperor to adjudicate and emerged victorious.
The decorative ensemble designed by Carpeaux was unveiled in 1866 and set the seal on his reputation. 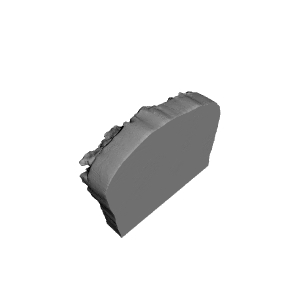