3D
Scan The World
2,781 views 168 downloads
Community Prints Add your picture
Be the first to share a picture of this printed object
0 comments

This sculpture depicts the Trojan Horse a possibly mythical object which changed the results of the Trojan war.

The Trojan Horse is a tale from the Trojan War about the subterfuge that the Greeks used to enter the independent city of Troy and win the war. In the canonical version, after a fruitless 10-year siege, the Greeks constructed a huge wooden horse and hid a select force of men inside. The Greeks pretended to sail away, and the Trojans pulled the horse into their city as a victory trophy. That night the Greek force crept out of the horse and opened the gates for the rest of the Greek army, which had sailed back under cover of night. The Greeks entered and destroyed the city of Troy, ending the war. 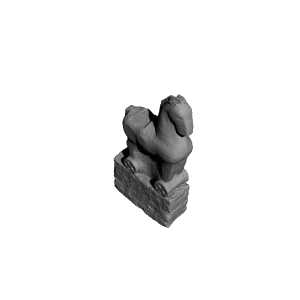