3D
Scan The World
4,347 views 417 downloads
2 collections
Community Prints Add your picture
Be the first to share a picture of this printed object
0 comments

Life-size sculptures of the Virgin and Child were common in the area around Paris in the early 14th Century. Later, they were highly sought after by collectors. This example has been considerably restored, probably just before it came to the V&A in 1911. The restored areas include the head and the right arm of the Virgin, and the upper part of Christ's body. These are now marked with white lines. The sandstone sculpture was created in Paris, France around 1300-20 and was restored by Henri Boutron. 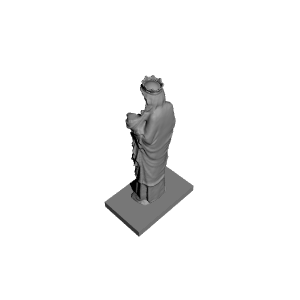